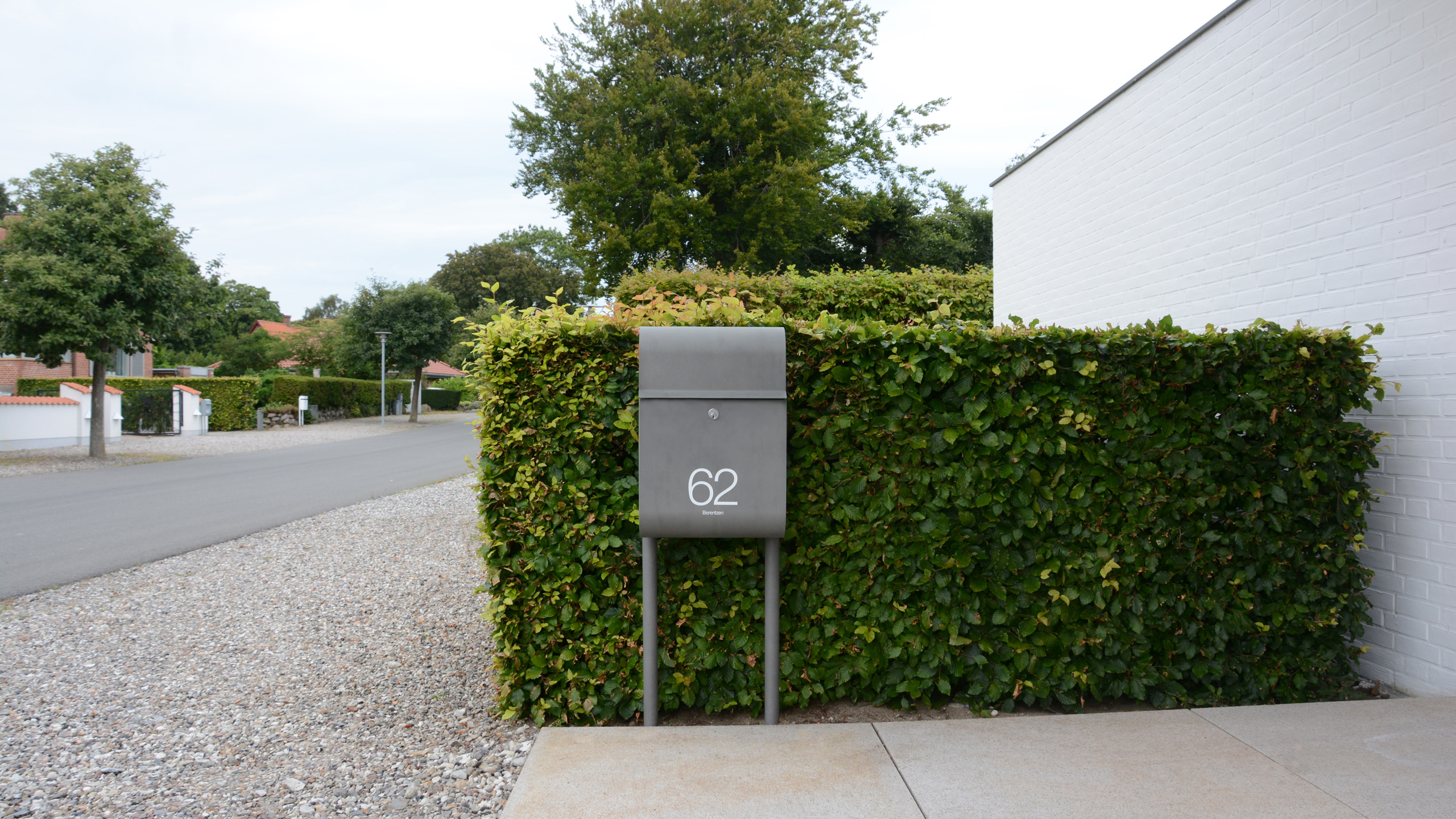 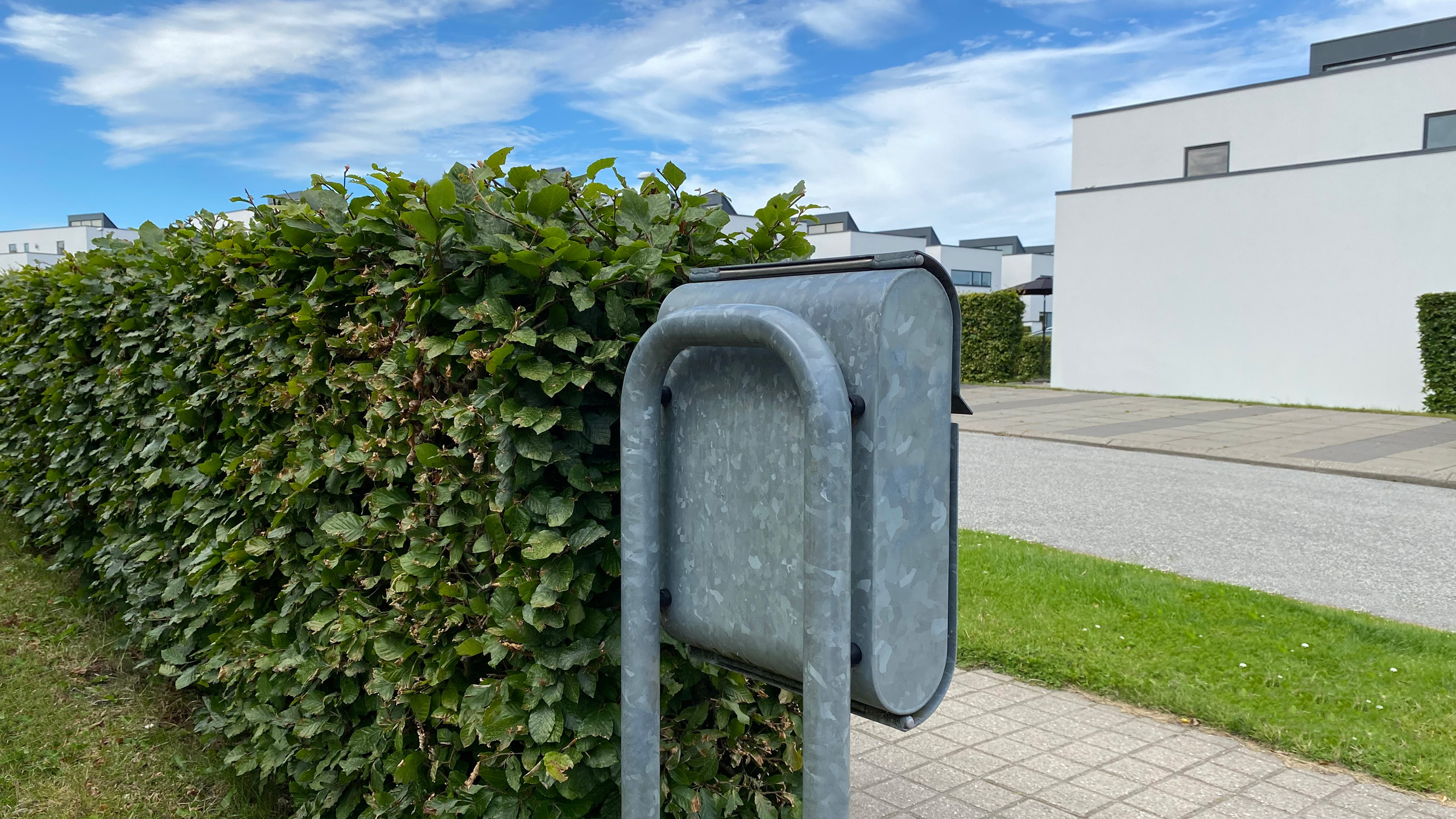 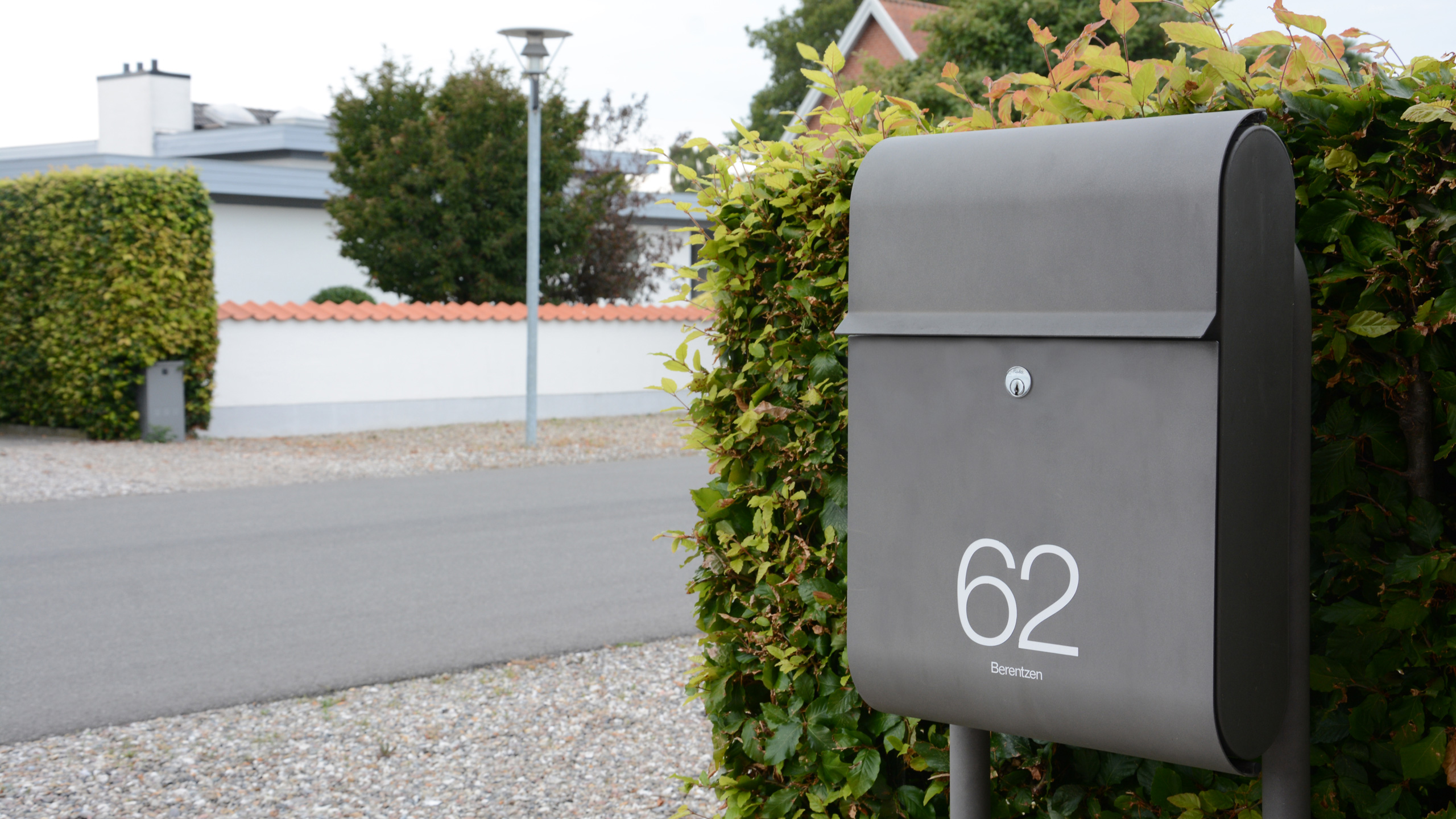 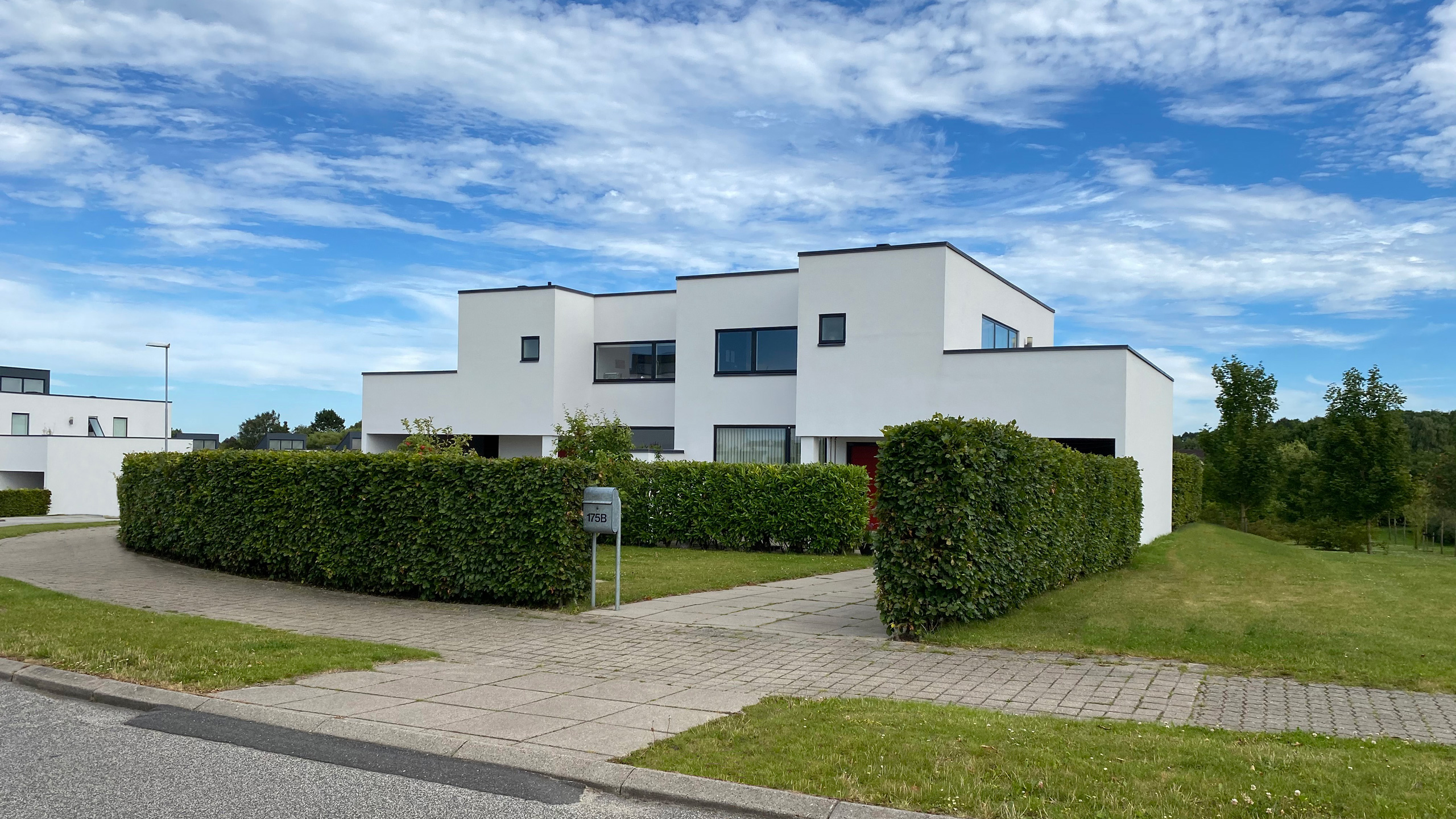 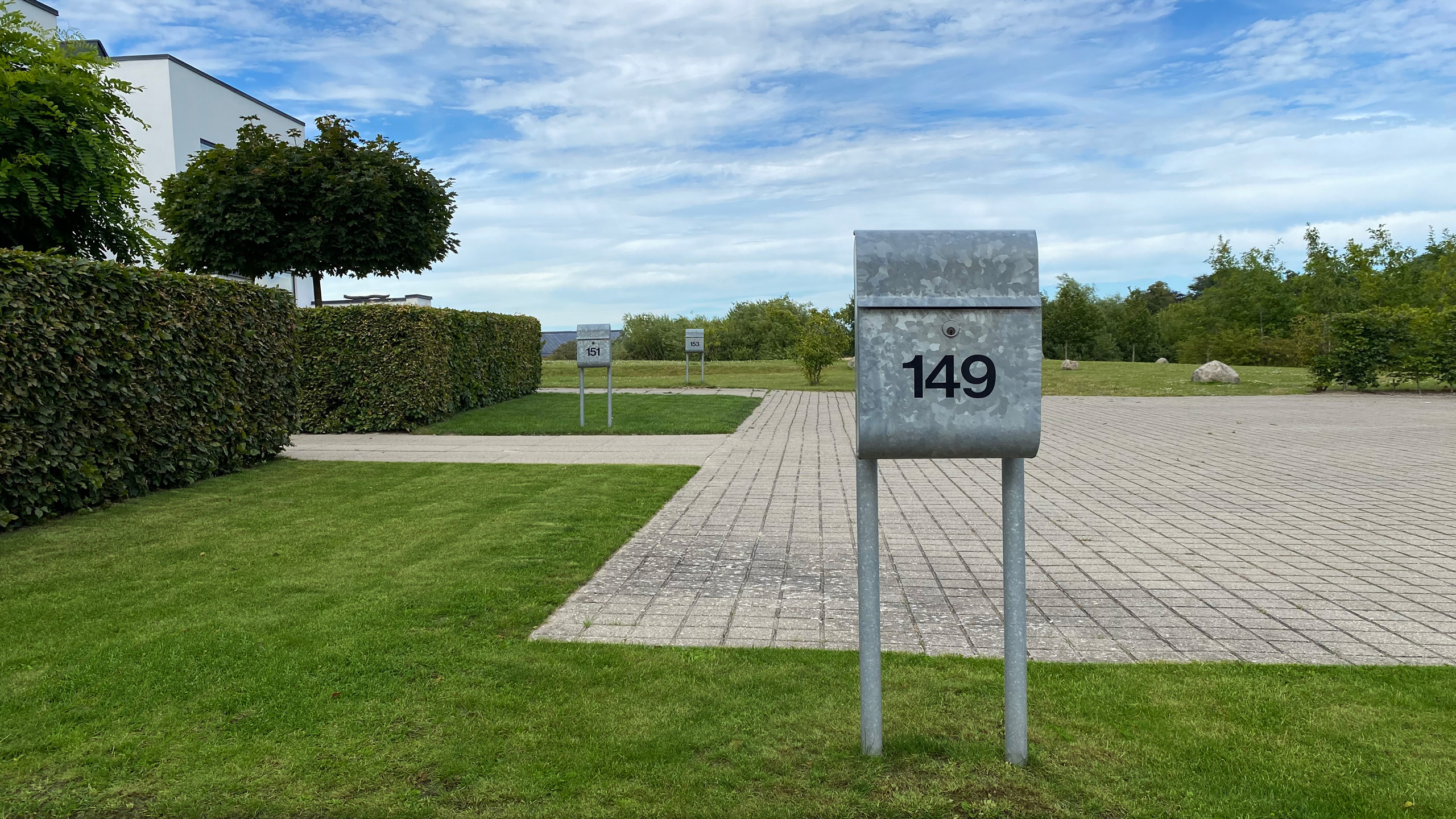 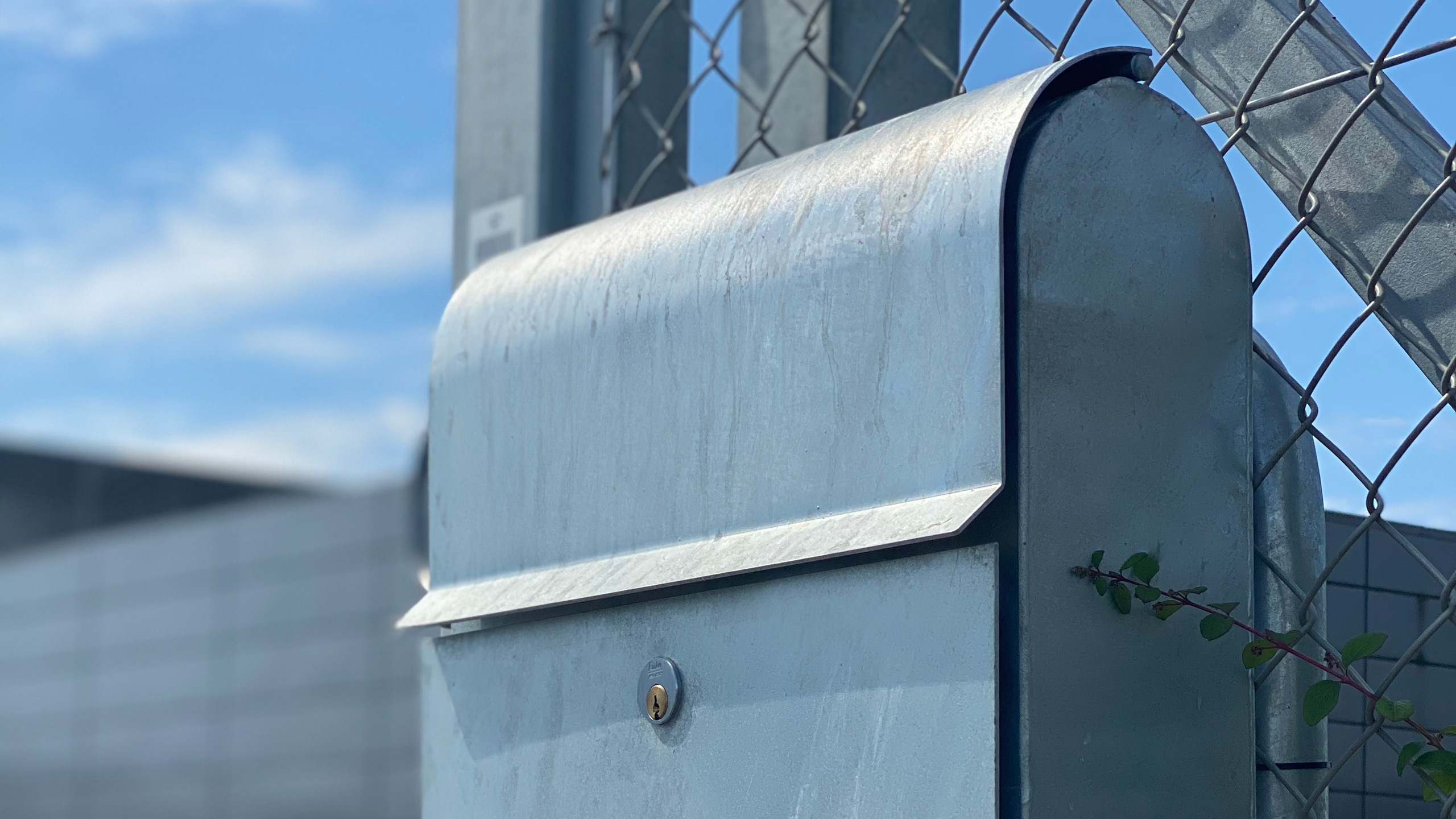 With its carefully selected materials and attention to detail in every aspect of its pleasing shape, the LIBER Mailbox is a daily dose of quality and workmanship.

Choose the colour you feel will turn it into your own designer object that best complements your home and those who live there. We are also happy to supply it in a finish that fits in with the company´s or housing association´s visual elements.

The Lampas Mailbox is characterised by its rounded shapes. It is curved at the top and bottom, and even the slot in the centre for letters and newspapers is softly curved. Unlike many of the designs that tried to imitate it, the front of the LIBER Mailbox is seamless. Instead, two clean plates overlap each other, each from their own hinge above and below the mailbox. Only the RUKO lock breaks up the simplicity.

This gives the LIBER Mailbox a pleasing, reassuringly solid and welcoming appearance. Another reason why it feels different is because of the extra thick steel it is constructed of. The flap rests solidly on your hand and doesn´t rattle when you lift it. It falls back into place without a sound thanks to the two rubber knobs that cushion it.

The Lampas Mailbox is yet another example of a Lampas design in which every detail of the dimensions and functionality have been carefully thought through.

Mailbox with lock by Lampas

The mailbox is equipped with a RUKO lock and is supplied with two keys. It is manufactured in 2 mm hot-dip galvanised steel, or powder coated steel and can be mounted on a wall or stand.

The LIBER Mailbox also lends itself well to being used in series in building projects or housing associations. For example, this solution has been used in the Giber Å residential project, where the mailbox in the pure galvanised version has hung since 2007.

A mailbox that made design history

Few mailboxes have achieved iconic status. The Lampas Mailbox has.

It was designed by Friis & Moltke Design in 1980 together with the LIBER L6 wall light for the building´s entrance to complete a product series. That is why the standard size, the LIBER 17, has the same rounded shape and same thickness of steel as the wall light. This series includes a number of other products, such as a newspaper tube and a front plate that can be used to conceal an outdoor electrical power cabinet.

Friis & Moltke Design has been a part of Lampas’ history right from the start. A number of the products designed in the 1970s are still being manufactured today.

Mailbox LIBER L17 was chosen for residential area Giber Å in Denmark. The mailbox is designed by Friis & Moltke Design.