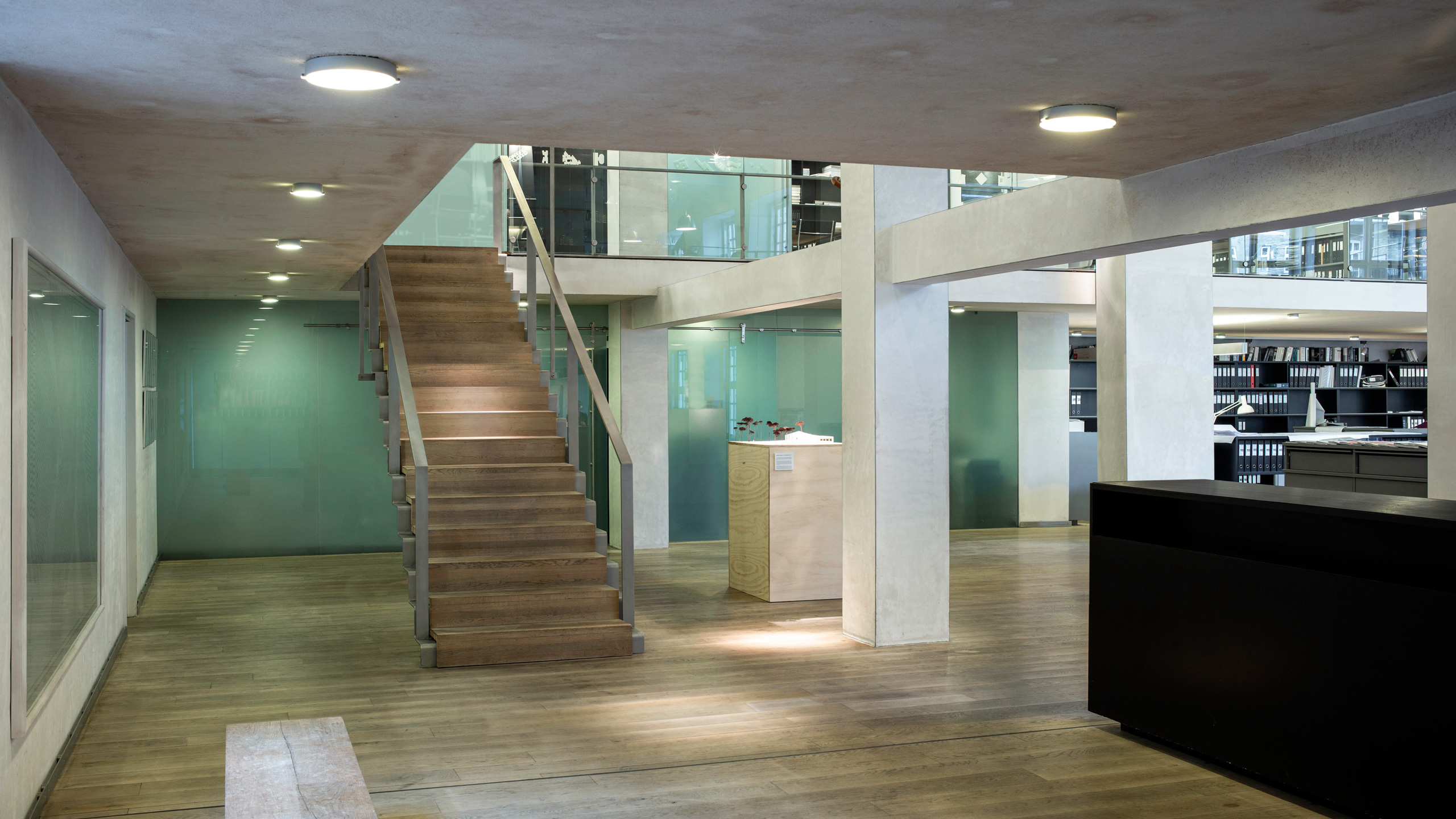 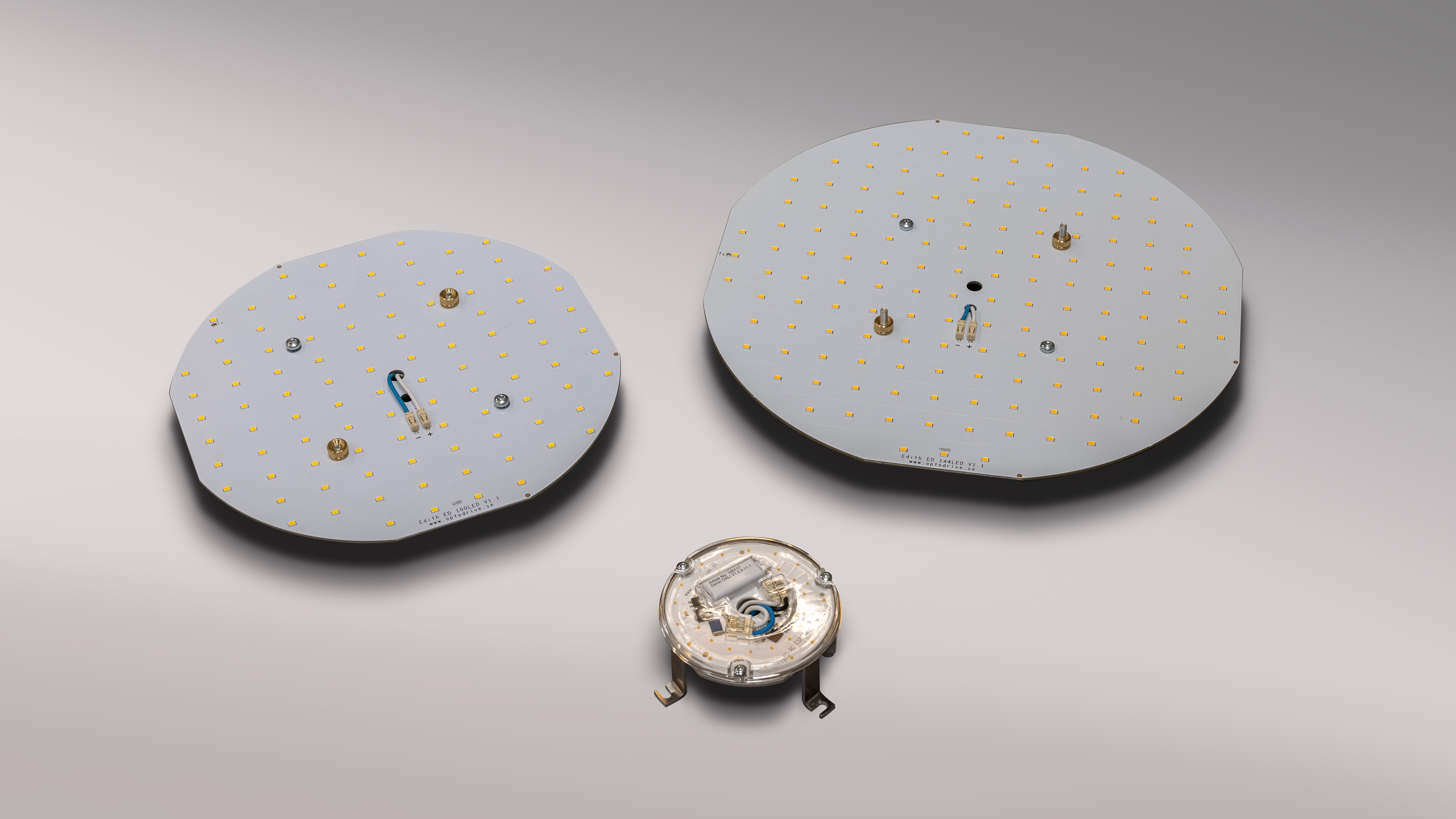 This retrofit kit is suitable for the round OWEN L800 and L800U wall and ceiling lights (indoors and outdoors). The kit makes it easy to upgrade existing lights to LED. Only the lighting technology is replaced, while the rest of the light is re-used.

The retrofit kit is available for all of the three round OWEN sizes: 13 cm, 26 cm and 32 cm in diameter.

In addition to reducing power consumption, the LED kit also produces a more even polar curve from this round light. Therefore we recommend that the shade on OWEN L800/L800U be replaced with an LED-optimised shade when upgrading. An LED-optimised shade provides better light diffusion and ensures that you can’t discern the points of light on the LED board behind the shade.

The upgrade kit consists of an LED driver with connection terminal, a round LED board and a gear tray for installation in the housing.

In most cases, it will be possible to install the retrofit kit with OWEN still mounted on the wall or ceiling.

The retrofit kit can be supplied with a colour temperature of 3,000 or 4,000 Kelvin, depending on customer requirements.

We can supply the kit with an LED driver that can be connected to dimming devices such as Dali or Casambi, for example.

The useful life is considerably extended. Compact fluorescent tubes have a useful life of 12-20,000 hours, while LED units can last at least 50,000 hours.

OWEN was designed by Cubo Arkitekter. This round wall light was originally designed for use with compact fluorescent tubes – a lighting technology that has now been overtaken by LED. The housing is die-cast aluminium, which in contrast has a very long useful life. The light also features a timeless design. Therefore it makes sense to retain as much as possible of the old OWEN light and simply upgrade the lighting technology to LED.

Classic lights from Lampas have been produced using many different light sources over the years. It is often possible to upgrade these lights to LED. Contact our team to find out about the available options for LED lighting upgrades for existing products.