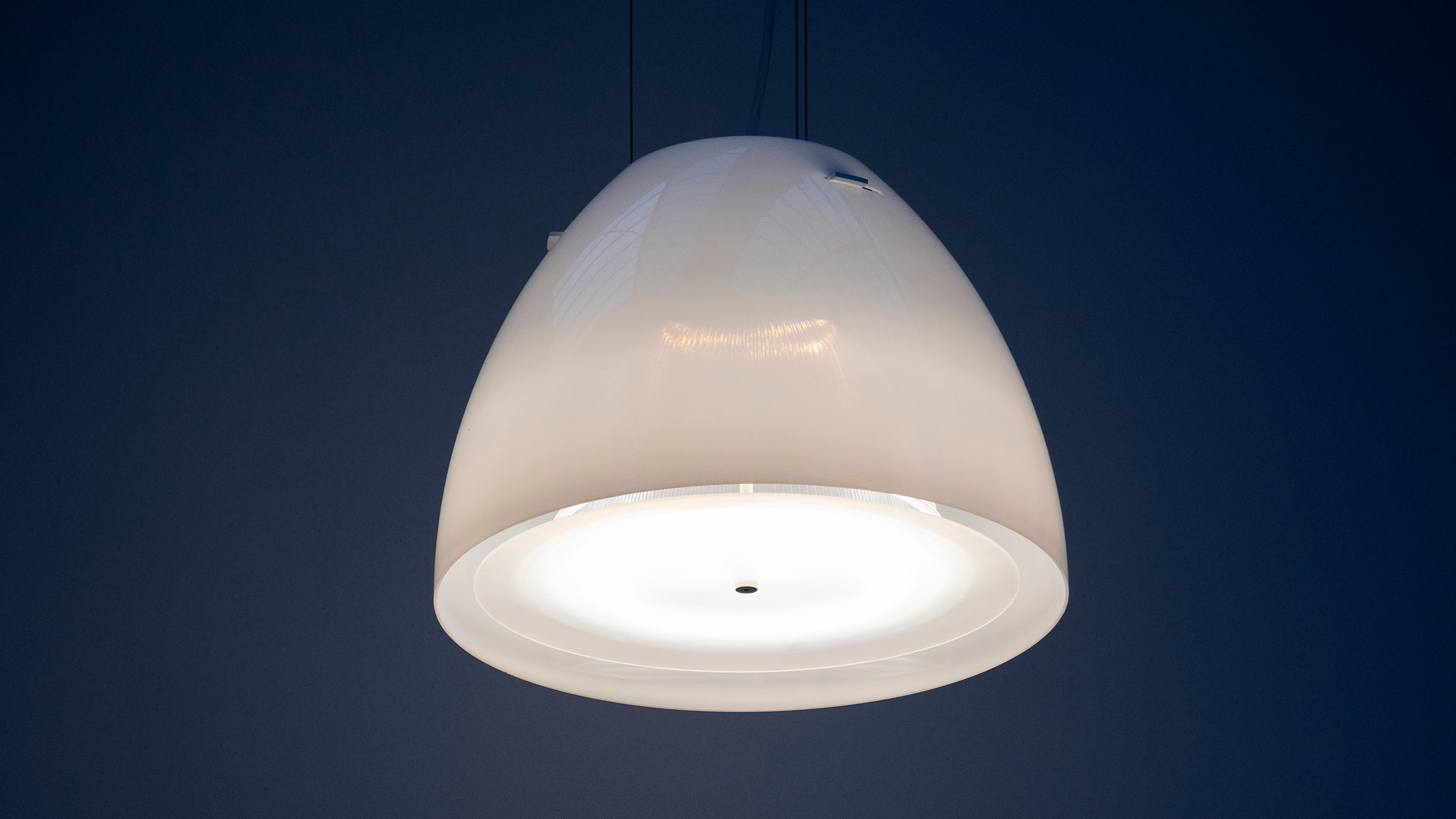 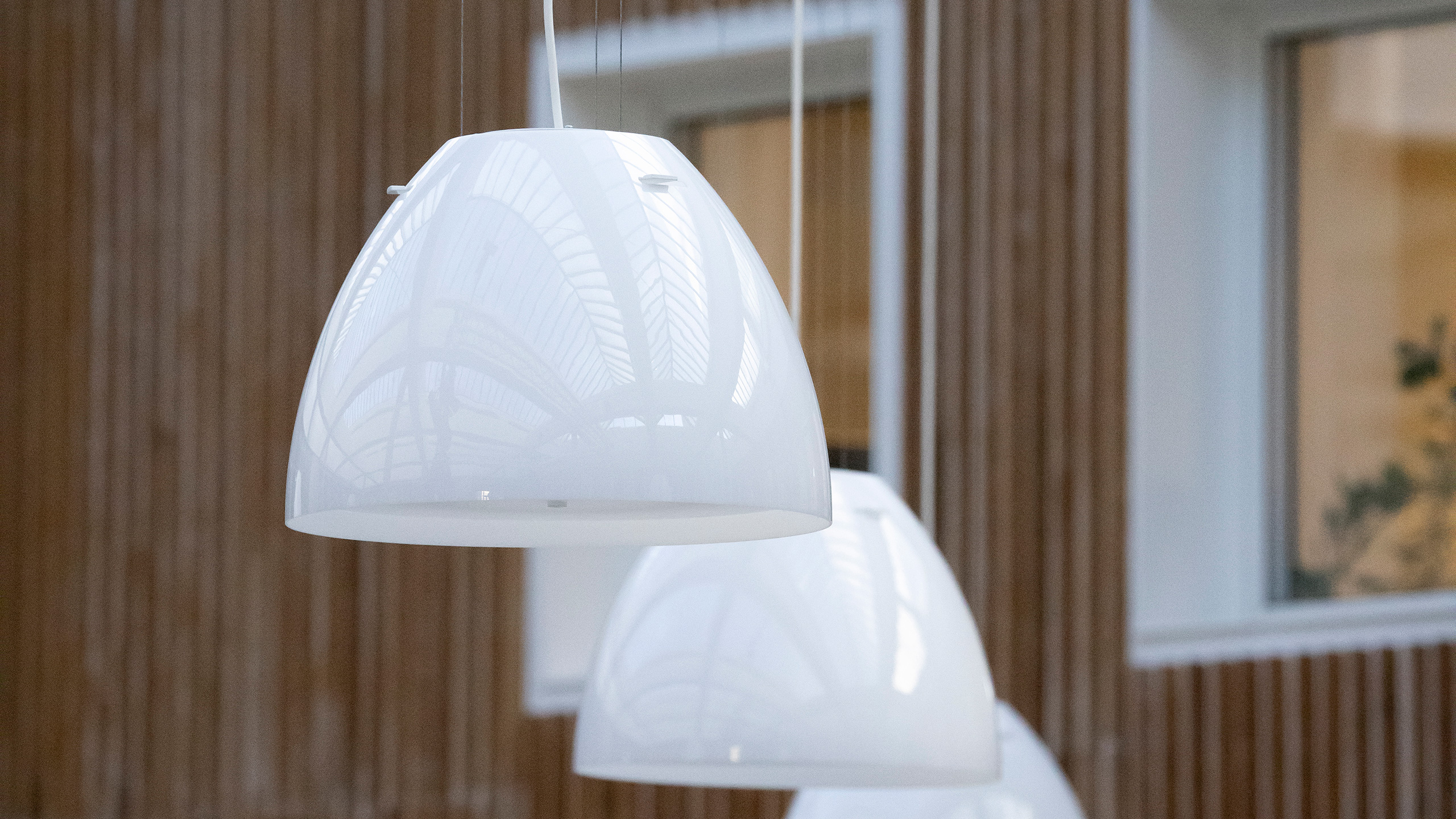 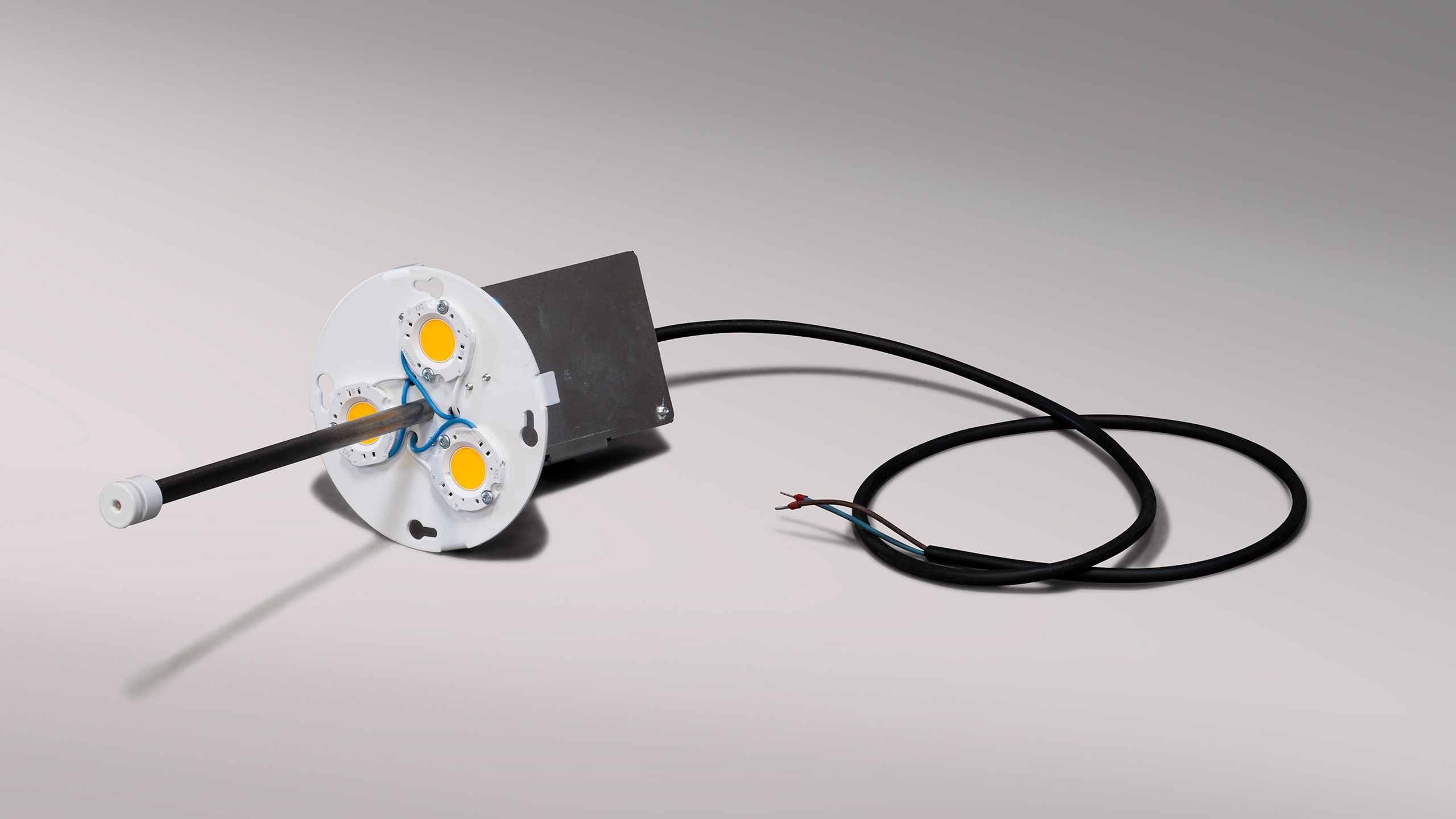 This LED retrofit kit is suitable for BALLO L804-500, which was designed by Cubo Arkitekter. Keep your classic light and simply replace the insides with this upgrade kit.

The kit is easy and safe to install. It has been customised for the existing light, so the screw holes, for example, match up. In most cases, replacement can be undertaken with the pendant light still suspended from the ceiling.

The retrofit kit consists of a spacer tube for the base shade and a mounting plate with LED light source and driver attached. The light’s shade, base shade and hanging fixture are all re-used.

In addition to reducing power consumption, the retrofit kit significantly increases the useful life of the light source and other components. For BALLO L804-500 specifically, which is typically suspended high up below the ceiling, this ensures far easier operation and maintenance with fewer problems as a result. The useful life is at least 120,000 hours.

The LED upgrade kit also improves the quality of the light. LED provides a more uniform, soothing and pleasing light than the original compact fluorescent tube.

The retrofit kit can be supplied with a colour temperature of 3,000 or 4,000 Kelvin as standard.

We can supply the kit with an LED driver that can be connected to dimming devices such as DALI, Dynadimmer or 1-10 volt. The LED driver can also be set to CLO (Constant Lumen Output), if required.

BALLO L804-500 was designed by Cubo Arkitekter around 2000. This pendant light is often incorporated as a feature that interacts with the space and architecture. Consequently, here at Lampas we often find clients are keen to keep the light, even if the lighting technology is no longer up to date. Therefore an LED lighting upgrade is particularly relevant for the BALLO pendant light, since most of the actual light is re-used.

Classic lights from Lampas have been produced using many different light sources over the years. It is often possible to upgrade these lights to LED. Contact our team to find out about the available options for LED lighting upgrades for other existing products.